Richard was located and arrested by the Alachua County Sheriff’s Office and Tuggerson is at the Marion County Jail on unrelated charges, and will be served with an arrest warrant for these charges while in custody.

On January 29, 2017, deputies responded to 14241 SE 151st Place Road in Weirsdale after receiving a 911 call. Deputies discovered that an apparent home invasion robbery had occurred with two fatalities inside the home. 18 year old Bailey Zylo and 38 year old Andy Fockler were pronounced dead on scene. END_OF_DOCUMENT_TOKEN_TO_BE_REPLACED 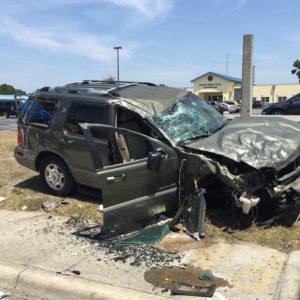 Ocala Fire Rescue responded to a two motor-vehicle accident, with possible entrapment, this afternoon. Upon arrival, Fire Engine #3 encountered two vehicles obstructing the road; a pick-up truck with moderate damage to the impact site, and a heavily damaged SUV which had rolled-over. Inspection of the vehicles revealed that the driver and passenger of the SUV needed assistance in exiting. Applying moderate force, firefighters were able to open the passenger’s side door, however, assistance from extrication equipment was needed to remove the driver. 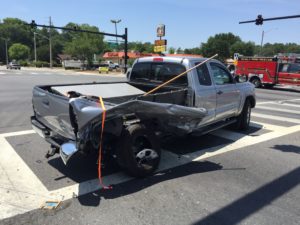 Both individuals in the SUV were transported to the hospital as a precautionary measure, having suffered the impacts of a vehicle that rolled-over. The driver, sole occupant, of the pick-up truck was not transported. 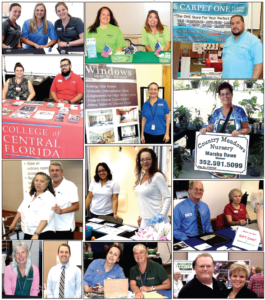 Spring 2017 Home Garden& Lifestyle Expo was held April 22 at the Klein Conference Center in the Ewers Century Center at the College of Central Florida Ocala.

TomL Publishing (this paper) had a table there and enjoyed meeting vendors from last year and some new vendors. We heard from some of our readers encouraging us to continue telling it like it is. I would guess about  40 vendors.

They had a drawing every hour for a door prize and plenty of give-aways.

I learned some interesting stuff as I always do at these Expo’s.

There were free seminars and a couple of food vendors, some outside vendors with plant life and the Master Gardeners were inside answering questions asked of them by the visitors.

The flow of visitors was steady, giving the vendors time to talk to each one. We have a couple of  Vendors we will be talking to Monday AM.

OCALA, Fla. (April 21, 2017) – If not yet in full bloom, the economy is certainly growing stronger in the CareerSource Citrus Levy Marion region.

According to today’s employment summary by the Florida Department of Economic Opportunity (DEO), the unemployment rate in March for the CareerSource CLM region was 5.2 percent, down 0.7 percentage point since February and 0.6 percentage point lower than the area’s rate a year ago of 5.8 percent.

Additionally, the DEO reports that the Ocala metropolitan statistical area (MSA) posted 103,700 nonfarm jobs in March, an increase of 4,000 new jobs for a 4.0 percent growth rate over the year. That’s the third fastest rate among all Florida’s metro areas.

For the third consecutive month, the Ocala MSA continued to hold the fastest annual job growth rate compared to all metros in Florida in professional and business services, at 11.0 percent. The Ocala MSA had the third fastest job growth rate in mining, logging and construction at 10.4 percent.

“This is exactly what we like to see: expansion of the labor force fueled by strong job growth,” she said. END_OF_DOCUMENT_TOKEN_TO_BE_REPLACED 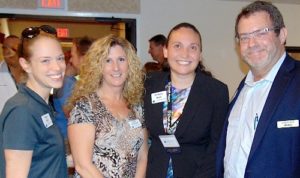 Pictured are some of the attendees at the Magnolia Family Urgent Care Open House. Not pictured were hosts Dr. Miguel Cruz MD and Stacy Edmondson Cruz, ARNP. The event was well attended by the Ocala Business Leaders and the CEP/Ocala Chamber of Commerce. They are located at 1490 SE Magnolia Extension Ocala Fl 34471   Phone 352-512-9703 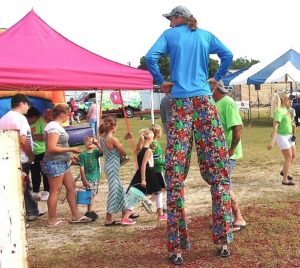 All Three Counties Post Job Growth Over the Month and Year

According to today’s employment summary by the Florida Department of Economic Opportunity (DEO), the unemployment rate for the CareerSource CLM region was 5.9 percent, down 0.7 percentage point since January and the same rate as one year ago.

Additionally, the DEO reports that the Ocala metropolitan statistical area (MSA) continued to hold the fastest annual job growth rate compared to all metros in Florida in professional and business services, at 11.1 percent. The Ocala MSA had the second fastest job growth rate in trade, transportation and utilities at 5.8 percent. END_OF_DOCUMENT_TOKEN_TO_BE_REPLACED

Marion County, Florida (March 24, 2017) – On Thursday, March 23, 2017, a Marion County Sheriff’s Office School Resource Deputy at Forest High School was made aware of several individuals that had entered the campus without signing in. Kasey Kohlmaier (DOB: 06/17/1997), Thomas Arthur Smith (DOB: 01/7/1998) and a 14-year old juvenile are not students at Forest High School and they were confronted by school administrators when they were seen in the school courtyard. The three subjects then fled to their car that was parked in the student parking lot. School Resource Deputy James Long pulled his agency assigned vehicle in front of the suspects’ vehicle to prevent them from leaving the campus. Kohlmaier, a passenger of the vehicle, then fled on foot but was quickly apprehended by Deputy Long and two school administrators. During the apprehension, Kohlmaier punched Deputy Long in the face, causing his nose to bleed. Deputy Long eventually was able to secure Kohlmaier in handcuffs and detain him for responding deputies who were enroute to assist. Kohlmaier and Smith are on felony probation for six counts of burglary and are not supposed to have contact with one another as a condition of their probation. The juvenile was arrested on two misdemeanor counts.

The Marion County School Board and Marion County Sheriff’s Office would like to remind our citizens that it is not only Marion County School District Policy, but it is state law that you must sign in with school administrators before you enter a school campus. Any trespassers will be apprehended and arrested. We will continue to strictly enforce this statute in order to keep our students safe.

The Sabal Trail Gasline is rolling through Marion County. Two years ago the Gasline authorities held meetings about informing the public of their intentions, then last year they held townhall meetings in all then small communities and things were about to calm down, when they started digging and people realized oh this gasoline is here now they started protesting, by this time most of the gasoline deals had been made with the land owners effected. I was one of those, yes the gasoline went right through the little acre Loury farm. One year ago when there were no protest I realized it was going to happen no matter what. I instructed my attorney to get me the best deal she could and she did. END_OF_DOCUMENT_TOKEN_TO_BE_REPLACED