There’s Plenty To Watch On TV Without Having To Pay For Streaming, Cable Or Satellite 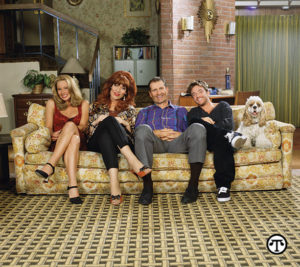 (NAPS)—When it comes to home entertainment, one of the latest innovations in TV viewing is really one of the oldest: the antenna—and budget-conscious consumers are thrilled.

These days, with a new smart TV or inexpensive antenna, you can “cut the cord” and discover a vast array of shows and specials, new and nostalgic, via what’s called a diginet or digital subchannel. In 2009, the government changed the way that local stations broadcast their signals, moving them from old-fashioned “analog” signals to newer, more efficient “digital” signals.

That allowed every local broadcast channel to divide up its spectrum into multiple feeds—in the room that it used to take it to air just one channel, it can now air three or four additional digital channels (not just, say, Channel 4, but Channel 4.1, 4.2, 4.3 and so on), while still maintaining high picture quality.

With all this new space available, many new “digital subchannels” or “diginets” formed—and have partnered with local broadcast stations to air across the country in local markets. As a result, shows and movies from across the history of TV are now available regularly.

The fun and economy they provide is increasingly popular. In fact, the number of U.S. households that get their TV signals via over-the-air antenna is now more than 24 million homes.

The skyrocketing costs of cable and satellite TV, the extra fees charged for channels you don’t want, streaming and over-the-top (OTT) platforms in this new golden age of content, have left consumers searching for the best choice and value. Today’s antennae hold the key to hundreds of channels waiting to be discovered and, unlike the old “rabbit ears,” the new compact indoor kind are really easy to set up and use. As one user put it: “It’s been awesome. It doesn’t log out and it doesn’t skip.”

The antennae cost only around $20 or less and are available at most major electronics or big-box stores and on Amazon—and you get to skip the monthly fee. Indoor antennae are small, powerful and discreet. They’re great for people living in apartments or crowded cities. Outdoor antennae are traditionally mounted on the roof and can get more than 150 TV signals. They’re a great option for those who live far from broadcast towers.

Even though most of what’s shown on diginets are classic movies and episodes of TV series from 1950–1990s, there’s something for everyone, from sitcoms to Westerns to crime dramas to variety shows. One of the most popular diginets, getTV, anchored by Sony Pictures Entertainment’s vast library, airs such programs as “The Unit,” “Married…With Children,” “Good Times,” “Amen,” “The Steve Harvey Show,” “Walker, Texas Ranger,” “The Johnny Cash Show,” “Hot in Cleveland” and “All in the Family.” Other major diginets include MeTV, Comet, Antenna TV, Cozi TV, Escape, Grit and Laff. No cable, satellite or Internet connection is necessary.

Where To Learn More

To see a full programming schedule, go to www.get.tv.