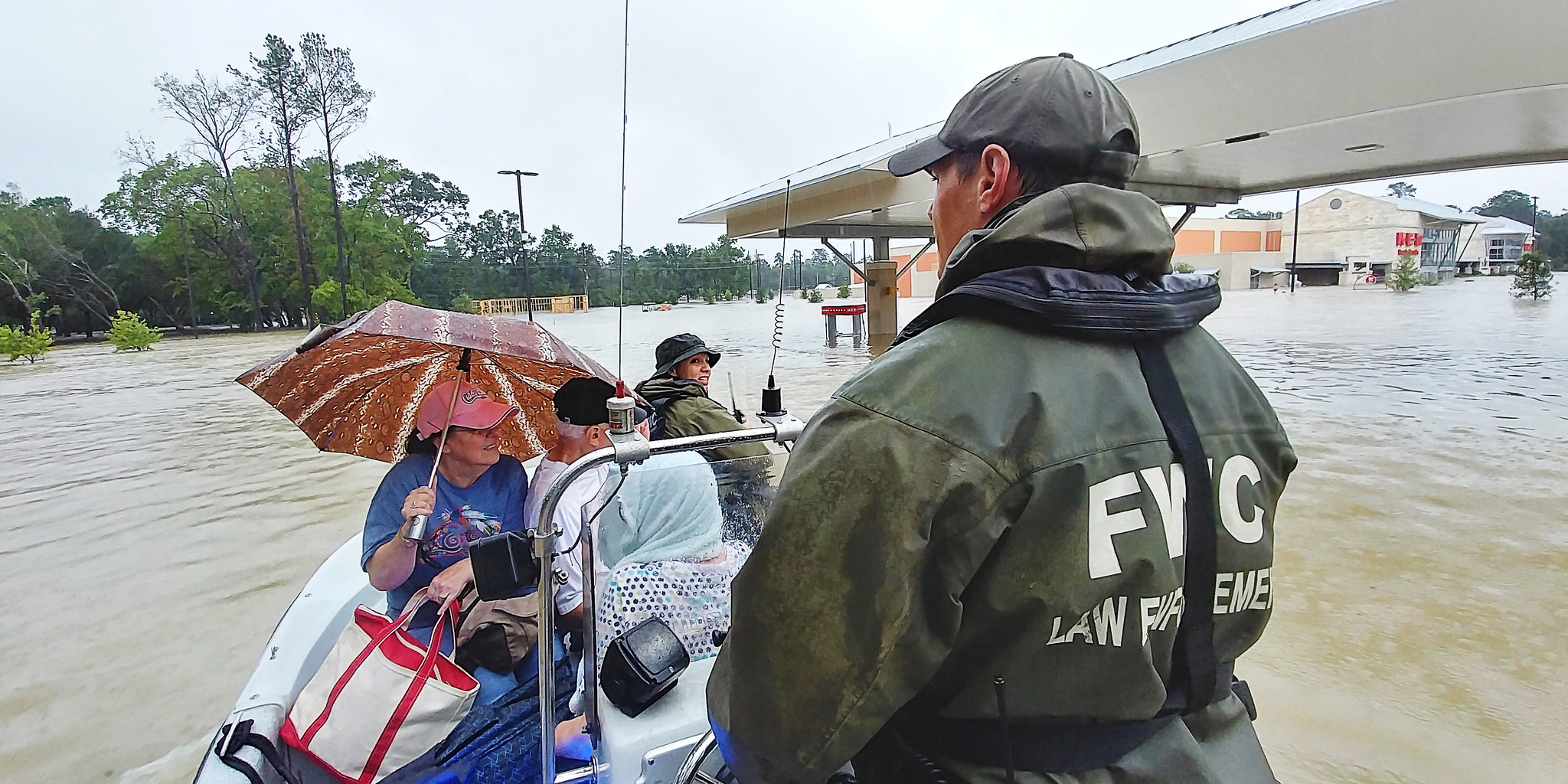 More Than 400 Florida Volunteers Deployed to Texas and Louisiana

TALLAHASSEE, Fla. – Today, Florida Fish and Wildlife Conservation Commission (FWC) officers are continuing to actively assist with disaster response efforts in the Houston area. FWC officers have rescued more than 500 Texans since arriving in the area after being deployed by Governor Scott in response to Texas’ request for emergency assistance. Additionally, more than 400 Florida volunteers have been deployed to Texas and Louisiana as Volunteer Florida continues to coordinate the activities of 11 disaster relief organizations.

END_OF_DOCUMENT_TOKEN_TO_BE_REPLACED 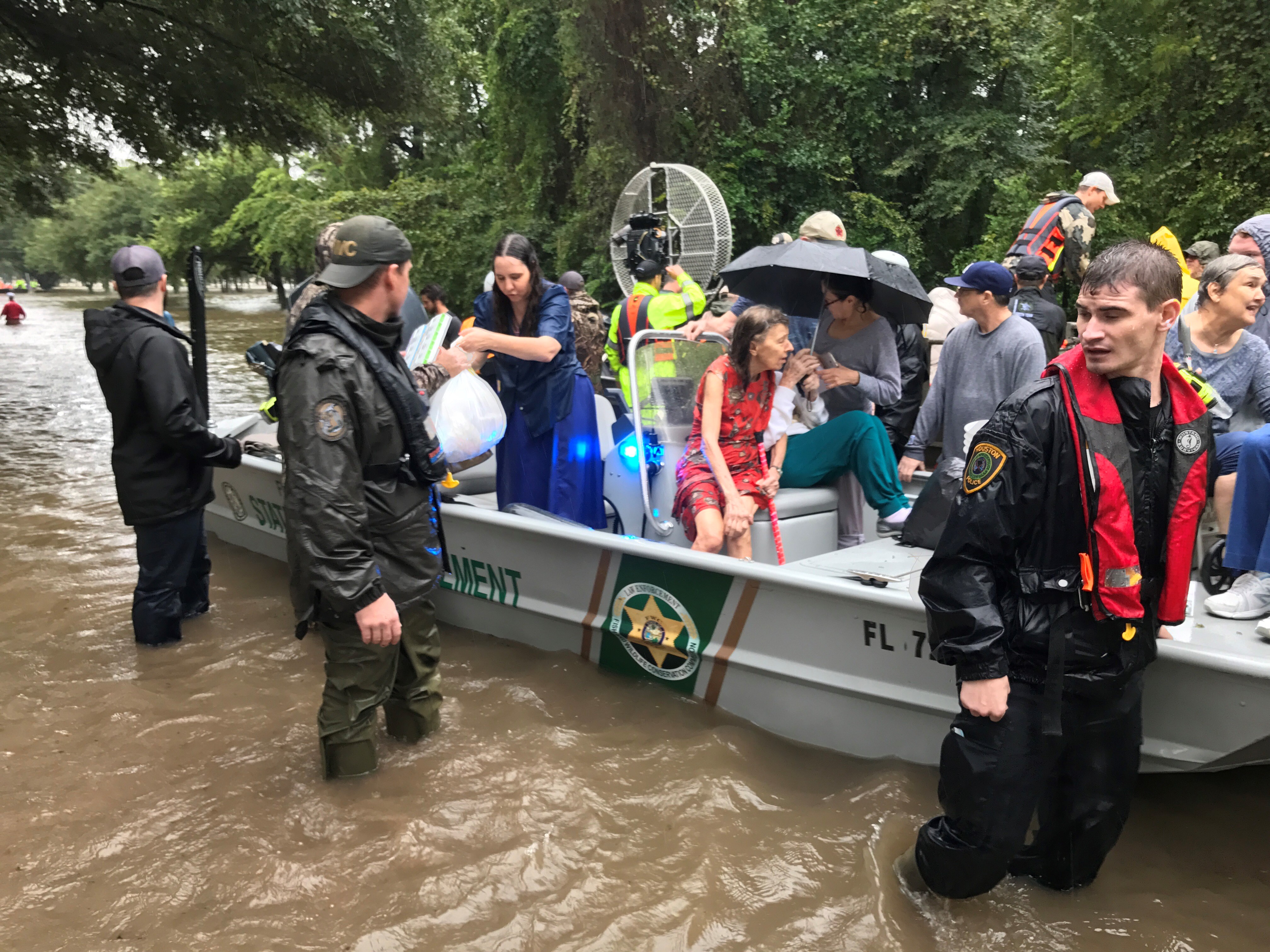 TALLAHASSEE, Fla. – Today, Governor Rick Scott announced he is deploying additional Florida Fish and Wildlife Conservation Commission (FWC) officers and resources to Houston in response to additional requests from Texas for continued emergency assistance following Hurricane Harvey. These officers and resources will be assisting with ongoing search and rescue and disaster response efforts. Governor Scott spoke with Texas Governor Greg Abbott and reached out to FWC Major Andy Krause, who will be leading the response, this morning. END_OF_DOCUMENT_TOKEN_TO_BE_REPLACED

Florida Sets All-Time Tourism Record in First Half of 2017

Florida Sets All-Time Tourism Record in First Half of 2017

TAMPA, Fla. – Today, Governor Rick Scott announced that Florida set another record by welcoming the highest number of visitors of any six months in the state’s history with 60.7 million visitors, according to VISIT FLORIDA. This represents a 4.1 percent increase over the same period in 2016, and includes 53.2 million domestic visitors, 5.3 million overseas visitors and 2.2 million Canadian visitors.

Governor Scott said, “I am proud to announce today that Florida has continued its record breaking success by welcoming more than 60 million visitors to our state over the first half of 2017- the highest number of visitors of any six months in our state’s history. This means back-to-back record quarters for our state. Now, with the investments made in VISIT FLORIDA during this year’s Special Legislative Session, we can continue to break records and work toward our goal of 120 million visitors this year. Florida’s booming tourism industry supports 1.4 million jobs across the state, and I know that VISIT FLORIDA and their many local partners are continuing to focus on breaking more records in order to help create even more opportunities for our families.”  END_OF_DOCUMENT_TOKEN_TO_BE_REPLACED

On July 7, 2017, Callene Marcia Barton and Lakesha Chantell Lewis were arrested for First-degree Felony Murder and Aggravated Child Abuse after inflicting fatal injuries upon a three-year-old victim. As reported in the Orange County Sheriff’s Office arrest affidavit, Lewis attacked the three-year-old with a plastic rod, repeatedly striking the child until the rod broke apart. The victim’s mother attempted to intervene and removed the child to another room, but Barton pursued them and grabbed the child by an arm and a leg, throwing him down a hallway, the impact of which caused his neck to turn and his body began convulsing. Barton prevented the victim’s mother from calling the police, but the woman fled from the residence and called the authorities from a neighbor’s phone. The minor victim was transported to a hospital, but succumbed to his injuries and was pronounced dead several hours later. The arrest affidavit notes the child had other bruising on his body that had begun to heal, consistent with evidence of prior physical abuse.

MIAMI, Fla. – Today, Governor Rick Scott gave opening remarks at the Florida Department of Health’s (DOH) Zika Preparedness Planning Meeting in Miami. DOH hosted the meeting with county health departments and mosquito control districts from across the state, as well as CDC officials, to discuss ongoing efforts to prepare for and combat the Zika Virus.

Governor Scott said, “While Florida does not have any identified areas with active Zika transmission, DOH, mosquito control districts and community partners across the state have been tirelessly working together to help combat the spread of this disease and keep our state safe. We know that summer means more rain, more mosquitos, and more travel-related cases, and that is why we must continue to take aggressive preparedness actions. It is also important that all Floridians do their part to dump standing water and wear bug spray in order to help fight the spread of Zika. We will continue to remain in contact with our federal and state partners and we remain fully committed to doing everything we can to protect our families and visitors.”   END_OF_DOCUMENT_TOKEN_TO_BE_REPLACED

ORLANDO, Fla. – Today, Governor Rick Scott released details regarding his proposal to the Trustees of the Florida State Board of Administration (SBA) that will prohibit the State of Florida from doing business with any organization that supports the Maduro regime. The Governor reiterated that he stands against Nicolas Maduro’s upcoming plans to rewrite the Venezuelan constitution to further empower his dictatorship through a Constituent Assembly on July 30th.

Governor Scott said, “The atrocities happening at the hands of the brutal and oppressive Maduro regime are unspeakable. I have heard firsthand from Floridians about the need for change in Venezuela. Prohibiting the Florida State Board of Administration from making investments that support Nicolas Maduro is a big step in the right direction, and we must continue to find ways to bring freedom and democracy to Venezuela. I am encouraged by the Trump administration’s sanctions against the Maduro regime this week. President Trump’s swift actions on this issue are welcomed and I look forward to working with our federal and state partners to support democracy in Venezuela. END_OF_DOCUMENT_TOKEN_TO_BE_REPLACED

As a symbol of respect for the memory of former State Representative Elizabeth “Betty” Metcalf, and her service to our State, I hereby direct the flags of the United States and the State of Florida to be flown at half-staff at the County Courthouse of Miami-Dade County, Florida, the City Hall of Palmetto Bay, Florida, and at the State Capitol in Tallahassee, Florida, from sunrise to sunset on Friday, July 7, 2017.